Last weekend, I went to New York to attend Bloomberg’s Data for Good Exchange (and also hang out with my friends, eat bagels, and have brunch - obviously). I came in with pretty low expectations and left with a lot of excitement for finding myself a way into this field. When I started grad school, when people asked me what I wanted to do after my PhD the only answers I had were things I didn’t want to do (academia, industry, policy, high-tech bioengineering start up). Then, I started figuring out the individual parts more clearly: I want to work in a field related to health, I want to use my technical skills (i.e. brainz and computerz), and I want my work to disproportionately impact underserved populations. Okay, that was cool to figure out but I still didn’t really know what actual jobs were at the center of that Venn diagram. [caption id=”attachment_225” align=”aligncenter” width=”349”] 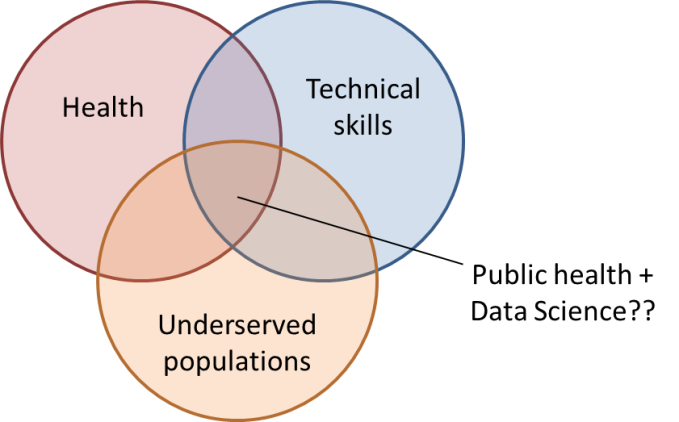